Because AlignStar is built for territory alignment and realignment, the solution makes it easy to quickly view different scenarios and show the impact of any territory changes. You can’t do that with a mapping tool.

Headquartered in Tinton Falls, New Jersey, Commvault is the recognized leader in data backup and recovery. A few years ago, as Commvault planned for a large segmentation project, the company realized that using spreadsheets would be inadequate to design its new territory alignment.

With many territories, it would be too painful and time-consuming to manually plan and manage distribution. Additionally, because Commvault used zip codes to distribute its territories, the risk of error was high with spreadsheets.

Previously, the company had worked with a consulting firm to distribute and balance sales territories. However, without having their own territory-mapping tool, Commvault had no way to easily make territory changes. All updates needed to be done in Excel, which increased the possibility of errors and didn’t achieve the objective.

Moreover, it was extremely costly hiring a consulting firm every year for an isolated project. Commvault preferred a solution that the company could implement themselves. With an in-house solution, Commvault’s sales operations’ team could create territories and make changes as needed throughout the year, as well as the years to come.

According to Bob Malandruccolo, Director, Sales Operations Americas, for Commvault, the learning curve was too high with other built-for-purpose territory alignment tools. Additionally, basic mapping tools, while easier to use, didn’t offer the needed functionality to align and realign territories.

Having worked with AlignStar previously, he knew that the solution provided all of the desired functionality while being simple to adopt and implement.

With AlignStar, Commvault can make changes and instantly visualize their effect on territory distribution.

“Territory planning is the blocking and tackling for sales performance management. Xactly AlignStar ensures that we’re successful in covering all of the fundamentals to get our team to the end zone faster and with a better outcome.”

Ready to get started?
Request a Demo 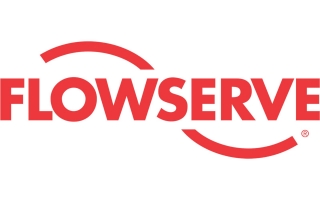 Flowserve overcame the biggest disruption in their industry with Xactly